Im at CITcon (pronounced kitcon) 2007 in Dallas/Ft Worth. There are around 60 people here from all across the United States, including some of the heavy hitters of the Testing/Agile world including Martin Fowler, Chief Scientist of ThoughtWorks, Jason Huggins, inventor of Selenium, and Bret Pettichord, inventor of Watir, plus many more. Its been a great opportunity to meet many other folks that Ive heard of like Andrew Glover, president of Stelligent, who has been one of the key users and writers about DBUnit.

CITcon uses the “OpenSpaces” format for running a conference. OpenSpaces encourages adhoc converstation and audience involvment by leaving the schedule and topics up to the particpants. No boring lectures, just lots of group discussion.

Last night we were given the basic schedule of sessions and rooms: 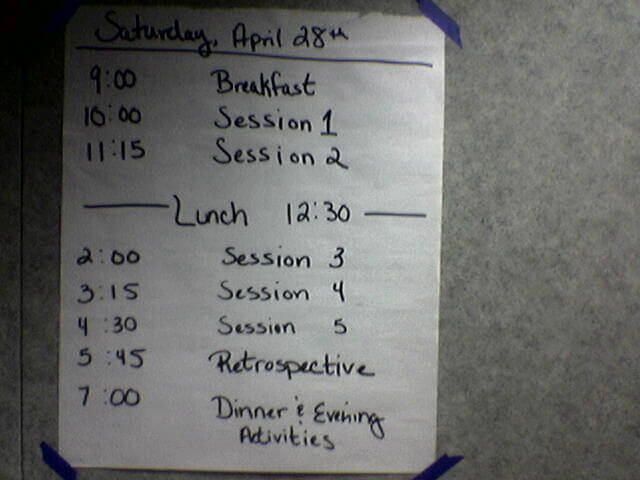 Then we came up with various session ideas. We came up with more sessions then we had time for, so over drinks people discussed the various proposals, and voted with tick marks what sessions interested them. Eventually a schedule solidified through negotiation between folks. My proposal is in “Green Lantern” at 3:15 PM, second row, fifth column in the chart! 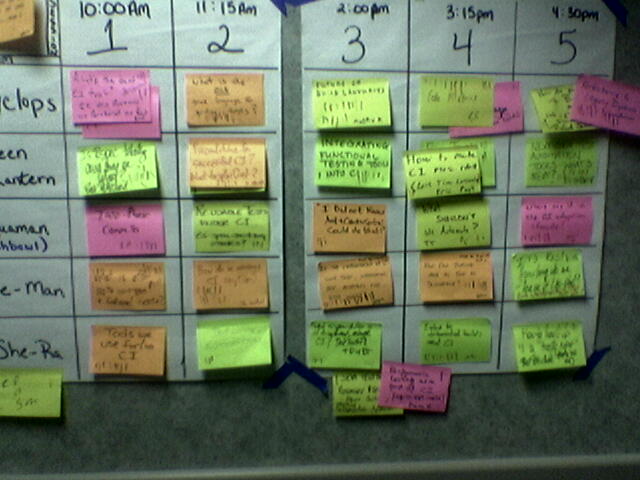 This morning we were all standing in the hall seeing what the schedule had changed to: 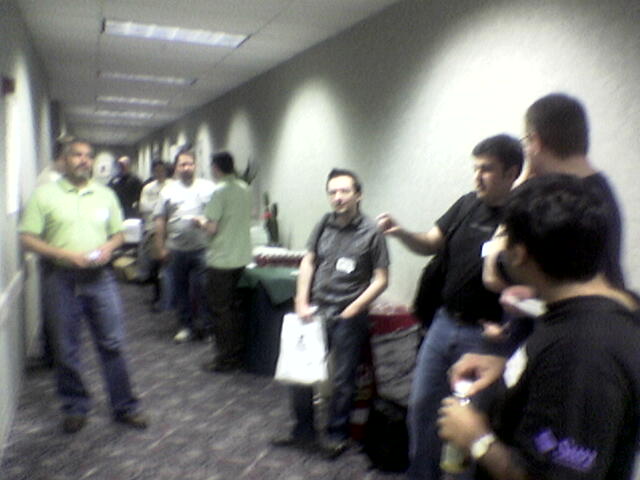