What Does Sun’s MySQL Acquisition Mean For Government IT Usage?

On January 16, Sun announced the pending purchase of MySQL AB, the company which owns the MySQL database. While MySQL is quite popular among developers, it has yet to gain significant traction in the enterprise level community.

One market where this is very apparent is in the government IT sector. Oracle databases, and appurtenant products and service contracts and vendors, rule the roost. One simple metric of measuring this success is to search current and active postings on the government€™s procurement clearinghouse, FedBizOpps. A simple text search for Oracle under the Procurement Classification Code D (Information technology services, including telecommunications services) of both active and archived documents yields 814 results, while the same search for MySQL yields just 21 results.

This is mainly due to an entrenched and embedded sales force that Oracle deploys to the Beltway. The sales force implies, rightly so, a deep team that is capable of providing as-needed support for the non-power users, which describes the vast majority of government users. MySQL, on the other hand, has limited support and does not have the bench to even begin to propose to the government that it could offer the support that the government desires.

Sun, on the other hand, has both a deep sales force and a deep support bench. The Sun sales force can begin making the pitch on first day after the closing of the acquisition that, among other things:

In the long term, this acquisition, if executed astutely, should break the stranglehold that Oracle, and to a lesser extent, Microsoft SQL Server, have on the government market. 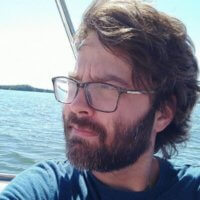